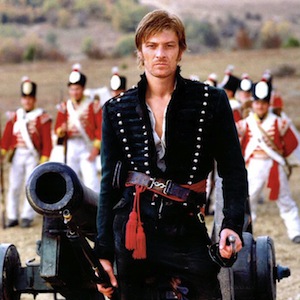 I am certain I have mentioned it before, but it’s been weighing on my mind lately, so I thought I’d share my mind weight with you all.

I cannot write without having an image in my head of both the hero and the heroine–real people, always actors, and with some of what I perceive to be their characteristics.

Fine. Good. For Hero of My Heart (Loveswept, 4/13), the actors were Clive Owen and Maggie Gyllenhaal (in certain photos; at other times, not so much). For The Hero’s Return, I originally pictured Sean Bean (as Sharpe) and Rachel Weisz. I was even able to find a picture of them together, although of course Sean is a bit longer in the tooth than Rachel.

But through the course of writing the book, the way I’ve pictured him in my head is changing–now he looks more like Richard Armitage in MI-5. Yes. Another dark-haired Brit, like Clive. At least Richard has blue eyes, not green. 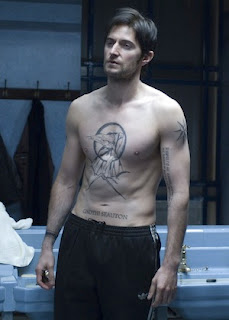 So I feel like a heel, tossing Sean like an old shoe because someone dishier (to me) comes along. But the hero just isn’t acting like Sean anymore (like I know what he’s like and everything!), and he is rather than Lucas North from MI-5 (at least the episodes I watched).

It’s a silly writer problem, but I won’t be able to continue forward on the book until I figure it out absolutely, and stick with my choice.

Do you picture people as you are reading or writing?

This entry was posted in Writing and tagged gorgeous men, Heroes. Bookmark the permalink.

6 Responses to You’ve Got the Look