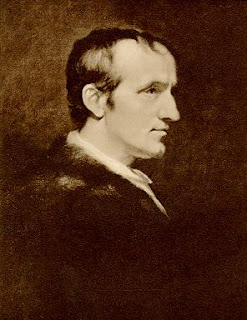 Today’s the birthday of William Godwin, born March 3, 1756 in Wisbech, Cambridgeshire, the son of a nonconformist Calvinist minister, who became a journalist, novelist, publisher, and founder of philosophical anarchism.

He who should make these principles would not rashly insist upon instant abolition of all existing abuses . . . . Truth, however unreserved by the mode of its enunciation, will be sufficiently gradual in is progress. It will be fully comprehended only be slow degrees, by its most assiduous votaries; and the degrees will be still more temperate by which it will pervade so considerable a portion of the community as to render them mature for a change of their common institutions . . . we shall have many reforms, but no revolutions . . . . Revolutions are the produce of passion, not of sober and tranquil reason. 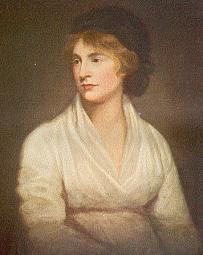 His life is a fascinating mass of contradictions: the radical who didn’t believe in formal institutions married Mary Wollstonecraft when she became pregnant for reasons of propriety; he strongly disapproved of his daughter Mary‘s elopement with the (married) poet Shelley but accepted Shelley’s money; in his old age he accepted a pension from a Tory government.

Throughout his life, Godwin kept a journal, a brief daily listing of people he had meals, conversations, or meetings with, now transcribed and analyzed online courtesy of the Bodleian Library, Oxford, The Godwin Project. His meetings with Mary are recorded in code.

Godwin and Mary, UR Getting It Wrong…

Wollstonecraft’s diary indicated that while it was not entirely ”toute” for her — not the ”rapture” of Imlay, her only other lover — it was an experience of ”sublime tranquillity.”

Once starting their affair they meticulously practiced the most sophisticated birth control of the day: abstention for three days following menstruation and then frequent sex for the remainder of the month (frequency was thought to lower the possibility of conception.) Bingo! Within a few months Wollstonecraft was pregnant and these two outspoken opponents of marriage, married, though they maintained their separate abodes and their mutual, and separate, circles of acquaintances. Toni Bentley’s review for the New York Times of Vindication: A Life of Mary Wollstonecraft by Lyndall Gordon. More.

Here’s the page from Godwin’s diary that records the birth of his daughter on August 30, 1797, in the rather cramped entry added in halfway down the left page: {Birth of Mary, 20 minutes after 11 at night. Ten days later Mary Wollstonecraft was dead of childbirth complications. An entry on the right page reads: …dying in the evening. 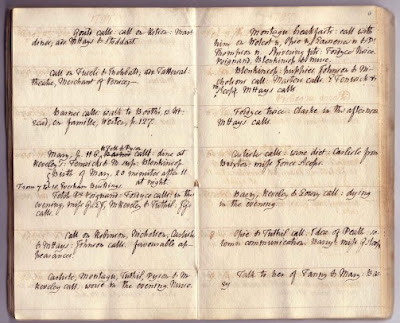 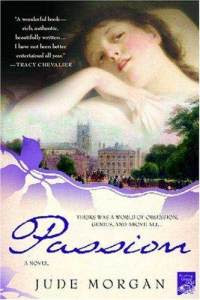 I’ll recommend once again Jude Morgan’s wonderful novel Passion about Godwin, Wollstonecraft, and Shelley and Byron and the women who were their lovers and victims.

I’m fascinated by the story of Wollstonecraft and Godwin and the fact that she’s still an icon of feminism whereas he’s pretty much sunk into obscurity. Have you read any of his works? Here’s a bibliography. I’m tempted to try his novel, if only for the reason that anyone Mary Wollstonecraft loved has to be okay.

What do you think? Who are your favorite couples, fictional or historical, where the women outshine their men?