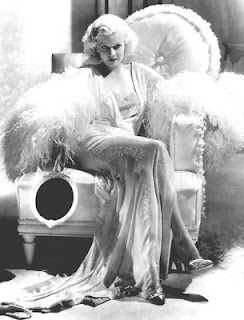 First off, thanks to Carolyn for filling in at the last minute. I rather enjoy having an M meme named after me!

Next off, it’s not like life is any less busy; if anything, it’s moreso. So no writing, but plenty of reading and some watching.

So I’ll be yakking on a random* assortment of topics:

–A very close relative was just diagnosed with some lumps in her breast. Thankfully, due primarily to the power of Twitter, I just had a mammogram, so I know I’m safe until the next check-up. My relative was also vigilant, and it’s very early for her, so we are all hoping for the best. But–since I have you here–have you had a recent mammogram? 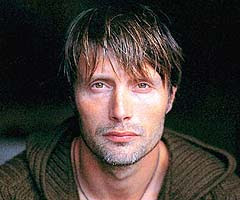 –I have known for some time, and likely have mentioned it here, but I love pushed-in teeth. I found another fine example of same, namely Danish actor Mads Mikkelsen, who was Le Chiffre in Casino Royale, and who made a name for himself first in the Danish film Pusher, directed by Nicholas Wilding Reyn, which I just saw. Sadly, googling Mikkelsen’s name only reveals pictures where his mouth is closed. But just remember David Bowie prior to getting his teeth fixed, and you’ll know what I mean. Ricky Gervais has them a bit, too. Pusher was a fantastic film, too, if you like gritty everything’sgoingwrong noir. I happen to love it.

–Nicholas Wilding Reyn is currently directing Drive, a film based on the book by James Sallis. It stars Ryan Gosling, and the book is noir lyric poetry at its finest. I’m halfway done reading it, and it is just flat-out brilliant from the first page on. Warning: NOT a romance!

–I’ve discussed this with my Reading Twinâ„˘, @tuphlos on Twitter, and she and I are both fed up with the Sniff Test–in a paranormal, when a paranormal entity just has to SMELL his beloved, and he knows right away She Is The One For Him. Um–whatever happened to courtship? That said, we are both still addicted to J.R. Ward. It’s a burden, people.

–In a week, my son will have winter break. You know what that means, right? MEGAN GETS SOME TIME OFF FROM MOMDOM! Unlike usual, though, I’ll still have Jobdom, so I can’t laze about and eat bonbons (like, really, who eats bonbons? Not sure I’ve had a legitimate bonbon in over twenty years. What the heck is a bonbon, anyway? Jean Harlow ate them in Dinner At Eight, I think). But I will get to work later, go shopping without glancing at the time constantly and not have to hear about Yu-Gi-Oh. It’s the little things.

–Oh! I should write during that time, huh? Okay. Will do.

–So–what commonly-used trope in romance novels is irking you (see: Sniff Test)? Do you have any odd obsessions (see: pushed-in teeth)? And what is your favorite comfort old film (see: Dinner At Eight, any Bogart and Bacall, Notorious with Cary Grant and Ingmar Bergman)?

*I actually cringe when I use the word random, because so many folks use it. But it suits the sitch, so there you go.

9 Responses to Friday Mayhem, aka What Else Is New?