And now, from the mad mind that brought you Austen Trek and Jane Austen’s Batman, we have

Jane Austen’s BUFFY; or, if Jane Austen had written Buffy the Vampire Slayer…. 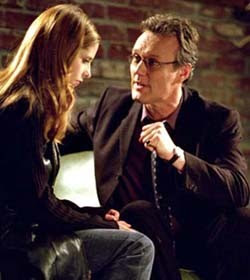 Mr. Giles turned his eyes on Miss Buffy Summers. “I can guess the subject of your reverie.”

“I should imagine not.”

“You are considering how insupportable it would be to pass many evenings in the presence of a vampire without being able to place a stake within his chest–and indeed I am quite of your opinion. I was never more annoyed! Their love of blood, and their eccentric dentistry–the villainy, and yet the arch dialogue of all those people! What would I give to hear your strictures on them!”

“You conjecture is totally wrong, I assure you. My mind was more agreeably engaged. I have been meditating on the very great pleasure which a pair of fine eyes in the face of a handsome vampire can bestow.”

Mr. Giles immediately fixed his eyes on her face, and desired she would tell him what vampire had the credit of inspiring such reflections. Miss Summers replied with great intrepidity: 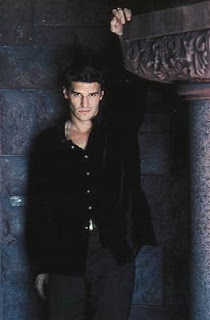 “Mr. Angel!” repeated the watcher. “I am all astonishment. How long has he been such a favourite?–and pray, when am I to wish you joy?”

“That is exactly the question which I expected you to ask. A watcher’s imagination is very rapid; it jumps from reluctance in killing a person to love, from love to matrimony, in a moment. I knew you would be wishing me joy.”

“Nay, if you are serious about it, I shall consider the matter is absolutely settled. You will be having charming relatives in Spike and Drusilla, indeed; and, of course, they will always be in Sunnydale with you.”

She listened to him with perfect indifference while he chose to entertain himself in this manner; and as her composure convinced him that all was safe, his wit flowed long.

“You are aware of his much-lamented past, I am sure,” said Mr. Giles. “And you must of necessity regard it with the greatest horror. To murder humans for one century, 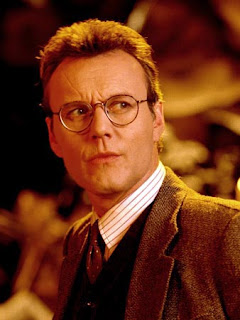 or two centuries, or three centuries, or whatever it was, above his head in blood, and alone, quite alone! What could he mean by it? It seems to me to show an abominable sort of conceited independence to chuse to remain soulless for so long–and then, at the last, to repent? And why?”

“The latter shows an affection for humans that is very pleasing,” said Buffy.

“I have a excessive regard for Angel, he is really very sweet (for a vampire), and I wish with all my heart he were well settled. But with such friends as Spike and Drusilla, and with his inexplicable love for hair gel, I am afraid there is no chance of it.”

Elena Greene grew up reading anything she could lay her hands on, including her mother's Georgette Heyer novels. She also enjoyed writing but decided to pursue a more practical career in software engineering. Fate intervened when she was sent on a three year international assignment to England, where she was inspired to start writing romances set in the Regency. Her books have won the National Readers' Choice Award, the Desert Rose Golden Quill and the Colorado Romance Writers' Award of Excellence. Her Super Regency, LADY DEARING'S MASQUERADE, won RT Book Club's award for Best Regency Romance of 2005 and made the Kindle Top 100 list in 2011. When not writing, Elena enjoys swimming, cooking, meditation, playing the piano, volunteer work and craft projects. She lives in upstate New York with her two daughters and more yarn, wire and beads than she would like to admit.
View all posts by Elena Greene →
This entry was posted in Uncategorized and tagged austen trek. Bookmark the permalink.