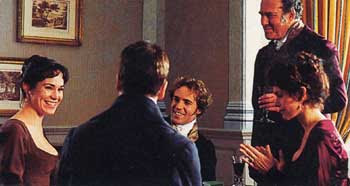 Welcome to the October meeting of the Jane Austen Movie Club! The first Tuesday of every month, Risky Regencies is the place to be for daring discussion and dastardly debate about Jane Austen film and television adaptations!

This month: the 1999 Patricia Rozema film of MANSFIELD PARK. 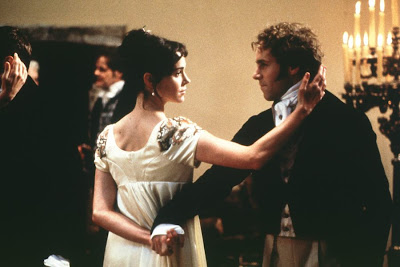 First, a word of caution: I know a lot of us have very strong views on this movie, so let’s be sure to remain polite and respectful at all times!

Discuss any aspect of the film that you like — but, in case it helps to get the dicussion going, here are a few questions you may or may not want to think about:

If you’ve read the novel, what did you think of it? Do you think it would be possible to do an adaptation that (a) is faithful, (b) works cinematically, and (c) is also interesting/pleasing to modern viewers? Why or why not? 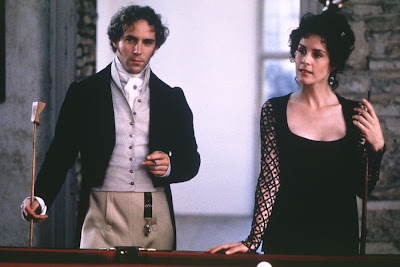 Did you think Alessandro Nivola and Embeth Davidtz were well-cast as the Crawfords? Did you find them attractive? Dangerous? Sympathetic?

What did you think about Jonny Lee Miller as Edmund? Did he seem a good match for Fanny, or did you wish she had someone more strong/manly/perceptive/handsome/anything else?

What did you think of the “feminist” subtext? Do you think the movie Maria was plausibly a victim?

If you’ve read the book, what did you think of the way Rozema turned some characters more “good” or sympathetic (e.g. Tom) or less (e.g. Sir Thomas)? If you haven’t read the book, did you find these characters believable? Did they fit well into the story?

And, of course, ask or answer any other question that interests you! 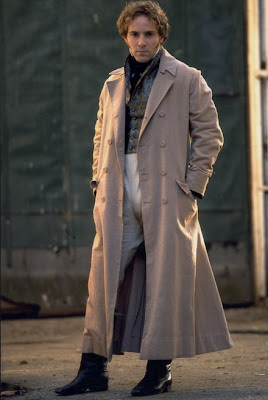 And if you have any suggestions for what we should discuss next time, suggest away!

Elena Greene grew up reading anything she could lay her hands on, including her mother's Georgette Heyer novels. She also enjoyed writing but decided to pursue a more practical career in software engineering. Fate intervened when she was sent on a three year international assignment to England, where she was inspired to start writing romances set in the Regency. Her books have won the National Readers' Choice Award, the Desert Rose Golden Quill and the Colorado Romance Writers' Award of Excellence. Her Super Regency, LADY DEARING'S MASQUERADE, won RT Book Club's award for Best Regency Romance of 2005 and made the Kindle Top 100 list in 2011. When not writing, Elena enjoys swimming, cooking, meditation, playing the piano, volunteer work and craft projects. She lives in upstate New York with her two daughters and more yarn, wire and beads than she would like to admit.
View all posts by Elena Greene →
This entry was posted in Uncategorized and tagged Austen, Jane Austen Movie Club, movies. Bookmark the permalink.