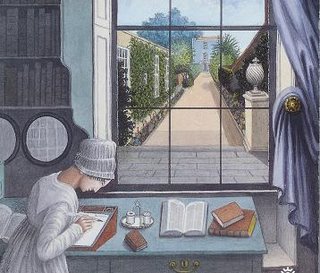 When in the depths of first draft hell, sometimes I reach for some favorite quotes to keep me slogging. But not the usual motivational stuff. Later, I will appreciate words like Eleanor Roosevelt’s: “The future belongs to those who believe in the beauty of their dreams.” But when I’m at this stage, I want gritty realism and black humor.

Here are a few of my favorites:

Writing a book is a horrible, exhausting struggle, like a long bout of some painful illness. One would never undertake such a thing if one were not drive on by some demon whom one can neither resist nor understand. – Winston Churchill

A writer is somebody for whom writing is more difficult than it is for other people. – Thomas Mann

There’s only one person who needs a glass of water oftener than a small child tucked in for the night, and that’s a writer sitting down to write. – Mignon McLaughlin

If I don’t write to empty my mind, I go mad. – Lord Byron

The first draft of anything is sh*t. – Ernest Hemingway

Only a mediocre writer is always at his best. – W. Somerset Maugham

Here’s another one I love, though not specific to writing:

Certainty of death. Small chance of success. What are we waiting for?
– Gimli, in the cinematic version of J.R.R. Tolkienâ€™s Return of the King

So do any of you have favorite quotes, writing-related or otherwise, that help you get through the day?

7 Responses to What are we waiting for?