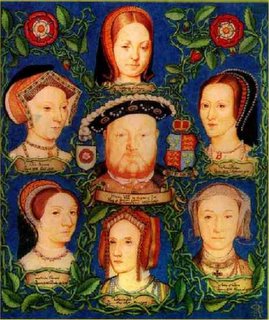 But I have learned a lot–A LOT– from romance novels. For example:

One Saturday, the spouse and I were listening to NPR, and they had one of their quiz shows (no, I don’t remember the title. If I did, I would have said!). They were playing Dictionary, where someone finds an obscure word and the contestants have to make up definitions, and the real definition is included, and the other side has to vote on which definition is the right one.
The word was “delope.” I knew, of course, that it meant to shoot your pistol into the air during a duel because I . . . drumroll please . . . read historical romances.

I was up on the whole War of the Roses controversy because I devoured Anya Seton‘s Katherine. I also knew the prose Wat Tyler chanted during the 1381 Peasants’ Revolt because of the same book (“When Adam delved and Eva span/Who was then the gentleman?).

I’ve always used the phrase “mutton dressed as lamb” to indicate an older woman wearing garments better suited for a younger one, and now my Swank Husband (and his NY-editorial friends) all use the term too. I routinely ask my husband “Do I look muttony?” before going out.

“Hard-pressed” refers to the forced conscription of men into the navy during wartime.

I know all of Henry VIII’s wives in order: Katherine, Anne, Jane, Anne, Catherine, Katherine (that is from memory, I think I got all the ‘Katherine’s done properly) because of reading historical romance. 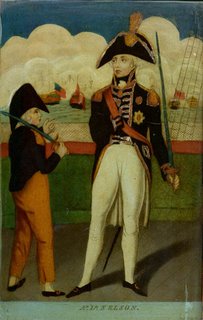 While watching Master And Commander: The Far Side of the World, I leaned over and told my husband Admiral Lord Nelson had lost an arm, too, so Capt. Aubrey’s next revelation to the young injured cabin-boy made me look extra-cool (or geeky. You decide

I know all about how important it was to be seated above the salt at a banquet table. I am a big fan of salt, btw.

I know there’s more, but I think I’ve blathered enough–what facts have you learned from reading romance?

Megan
www.meganframpton.com
*Well, not everything, but a lot of things.

This entry was posted in Reading and tagged Megan, romance novels. Bookmark the permalink.

7 Responses to Everything* I Know I Learned From Romance Novels